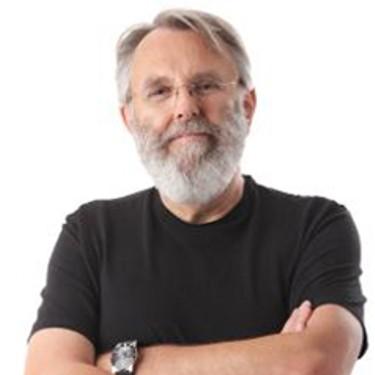 Although he was born in England, Dr. Goodale was educated entirely in Canada. After completing his Ph.D. in Psychology at the University of Western Ontario, he returned to England where he worked as a Postdoctoral Fellow at Oxford University with Professor Larry Weiskrantz.

After two years at Oxford, Dr. Goodale accepted a position in the School of Psychology at the University of St. Andrews in Scotland. Dr. Goodale returned to Canada in 1977 when he was offered a post at the University of Western Ontario, where he now holds the Canada Research Chair in Visual Neuroscience in the Departments of Psychology and Physiology.

Dr. Goodale is best known for his work on the functional organization of the visual pathways in the cerebral cortex, and was a pioneer in the study of visuomotor control in neurological patients. His recent research uses functional magnetic resonance imaging (fMRI) to look at the activity in the normal human brain as it performs different kinds of visual tasks. He has also developed virtual-object technology to study the visual information used to program and control grasping movements. Dr. Goodale holds major research grants from both the Canadian Institutes of Health Research and the Natural Sciences and Engineering Research Council of Canada. He is currently Director of the Brain and Mind Institute.

In addition to his research activities, he has been active in developing the graduate program in Neuroscience at Western Ontario, for which he was awarded the prestigious E.G. Pleva Award for Contributions to Teaching in 1994. Dr. Goodale serves on the editorial board of a number of journals including Experimental Brain Research and Neuropsychologia. He is the past-President of the Association for the Scientific Study of Consciousness. In 1999, he was awarded the D.O. Hebb Award by the Canadian Society for Brain, Behaviour, and Cognitive Science in recognition of his distinguished scientific achievements. He is a Fellow of both the Royal Society of Canada and the Royal Society (UK).

His book with David Milner, ‘The Visual Brain in Action’ (Oxford University Press), now in its second edition, has been quite influential. In it, he and Milner provide compelling arguments that the brain mechanisms underlying our conscious visual experience of the world are quite separate from those involved in the visual control of skilled actions. These ideas not only have implications for our understanding visual deficits in neurological patients, but also offer some new directions for the design of robots and artificial visual systems.

All session by Dr. Melvyn Goodale